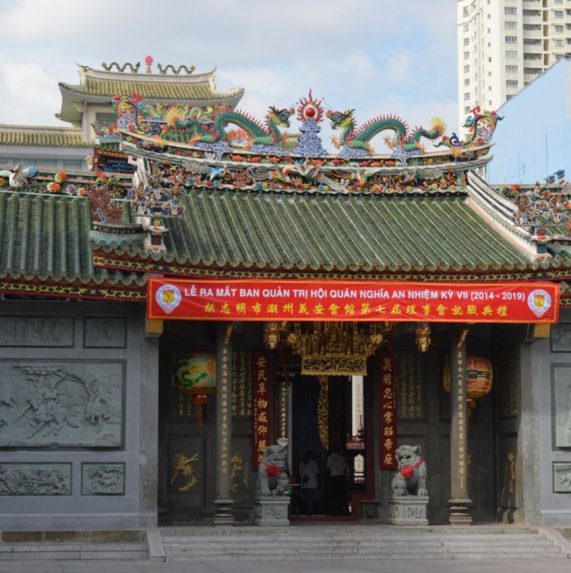 The Nghia An Hoi Quan Pagoda was built by the Chaozhou Chinese population of Ho Chi Minh City.
Hidden behind a sinister-looking gate, it is noteworthy for its gilded woodwork: a carved wooden boat hangs over the entrance and to the left is a large representation of Quan Cong&#39;s horse and groom. At the ornate altar, greet Quan Cong himself, to whom the temple is dedicated.
Marvel at the door gods painted on the temple&#39;s front door. The statue of Ong Bon, the keeper of happiness and virtue, resides in a glass altar to the right of the main sanctuary. Nghia An Hoi Quan Pagoda is one of the oldest temples in Saigon. Built in the 19th century by HCMC&#39;s Chinese congregation, the pagoda is dedicated to Quan Cong, a deified general who lived during the Han Dynasty.
Nghia An Hoi Quan Pagoda is located at 678 Nguyen Trai in Saigon&#39;s Cho Lon in district 5 (Chinatown).